At the height of the pandemic, betterconcerts.org collaborated with Turkish-American composer and improviser Cenk Ergün to create a sound installation that dealt with questions of isolation. In this interview, he relates relates about his experiences creating music in a time of silence.

You moved to Berlin after having lived in New York City in Istanbul. How has each city influenced if not changed your work as a composer?

I grew up in Istanbul until I was 17, when I moved to the US. It’s a cliché, but true, that Istanbul is geographically and culturally positioned at the meeting point of Europe and Asia. Musically, and socially, I grew up with both influences in equal parts. Istanbul is a huge city, rough, raw, chaotic. I find New York to be a tamer version of Istanbul in terms of urban life. In New York, not only are there are so many people, but there are so many kinds of different people. That is what is most thrilling about it. Here in Berlin, the musicians are rich in a sense, because they have something which most New Yorkers don’t: time. Time to think, time to feel, time to sleep, time to have fun, and time to do nothing. That’s been the greatest difference. In Berlin, I sit and think – staring at the wall, or watching the street from my balcony.

A large part of your time in Berlin has been overshadowed by the pandemic. How has that changed your work as a composer? What new questions and answers have emerged?

Of course this past year has changed me like everyone else. When I was younger, I think my work was mostly about myself: A self-investigation, trying to write a great piece of music that was “mine.” Later, my relationships with performers became more important to me. I understood that best music comes through close collaboration and communication with other musicians.

More recently, the psychology and the experience of the listener has become a bigger priority in my work. The past year – being unable to perform, or to sit in a room with others and listen to others perform – further emphasized for me the importance of the human element in music. After all, live music is a social activity – created together and consumed together. I am a little more interested in the social aspect of music than before; abstract concepts of music which are not realized in practice and shared with other seem less relevant to me.

Do you think art has to change perspectives in order to be meaningful?

I think a pair of shoes, sitting abandoned on a sidewalk can cause just as much of a change of perspective as any work of art. At the same time, I don’t feel that a work of art needs to change my perspective in order to be interesting. Maybe it’s familiar, and reaffirming, and that’s why it’s interesting to me.

In your collaboration with better concerts, you composed Inseln, a work that was realised as a 6 channel sound installation in the historic Zionskirche. What does the title mean to you and how does it relate to the current times?

In addition to a musical meaning, the title is also a reference to the experiences of isolation, emptiness, silence we have all been going through for the past year. The work is a series of isolated sound events, separated by varying lengths of silence. There are images in my mind associated with this sound world: A set of islands, emerging from the seafloor, standing isolated from one another above water; gentle waves hitting a shoreline; jellyfish, opening, closing; dolphins emerging, submerging.

Inseln focused on the human voice. During the lockdown, in which the piece was composed, the (operatic) voice has been reduced mostly to the private voice, or indeed to silence. How has this changed how you perceive and work with the human voice as a composer?

In a time of closed theatres and concert halls, the operatic or projected voice almost becomes defunct. No stories are being told or sent out to an audience over an orchestra. The voice, however, remains and a new context develops. It is reclaimed from the space of the theatre and the recreation of works, which hold an expectation of how they should sound. Reducing the vocal technique to its most basic elements – breath and phonation – offers a new space of expressivity when offered as compositional material. Consciously excluding text, melodic motion, or other coloristic variations such as crescendo/decrescendo and vibrato, the sustained vocal tones are treated as a raw instrumental sound source for the composition. This development of a multi-layered vocal texture of long tones will evoke the sound of the organ, effectively reversing the function of the Vox Humana - the centuries-old organ register designed to imitate the human voice.

I think a pair of shoes, sitting abandoned on a sidewalk can cause just as much of a change of perspective as any work of art. At the same time, I don’t feel that a work of art needs to change my perspective in order to be interesting. Maybe it’s familiar, and reaffirming, and that’s why it’s interesting to me.

You used audio notation instead of creating a score. How did this work in your collaboration exactly? How did this performance process differ from the traditional composing process?

The installation is the outcome of a year-long exchange between me and the countertenor Rupert Enticknap. It is an exploration of the different registers, notes, bodies, and breaking points of the human voice within the spatial surrounding of the sonic architecture of the church.

Though both Rupert and I have spent our careers studying, creating, performing works transmitted through conventional music notation, with this work we wanted to explore the potential of working with audio notation and without a score. Instead, a series of sung pitches and sustained notes are recorded and used as material to construct the actual sound of the piece in multiple channels. This method aids the performer to fine tune their voice to complex microtonal intervallic relationships. In this way, the performance process comes closer to oral musical traditions from around the world which do not rely on reading music in order to create it.

Today, the responsibility of artists now is to just be genuine. It has always been that, but if you ask me, that's the most exciting thing that anyone can do now. It is about self-discovery and the discovery of others. Learning and learning to listen.

Your work always has a visual component. How does this influence your compositional process?

My images help me organize a piece. It's a way of taking notes. I work with these like little index cards. It could be a chord, it could be a scale, tuning information or an instrumental combination. Over the course of many months I want to remember these little things that are important and sort of hang on to them. Each note, color, comment, idea is on a separate card that I can shuffle around and rearrange. It's a way of thinking about the entire structure of the piece and the types of material that are going to be in the piece. It’s a very important part of the process and sort of parallel to the sound making.

How did you approach the question of form?

Since Inseln is a sound installation and a very extended long form, I don't have to worry about A, B, C D. For me, it’s all this sort of field, where different kinds of sounds that are happening at different times, but the sequence is not as essential as each moment. First, I came up with moments and then slowly they are turning into an order of events. I had an overall plan, but left small decisions open and gave the piece a chance to do what it wants. I just have to stay out of the way basically and not mess it up.

So while the traditional concept of the composer is based on the ideal of mastery, with the artist imprinting their will upon an inert material, your approach is to stay out of the way. Where do you see contemporary music heading?

What I'm seeing more of is that different ways of thinking, approaches, practices, and backgrounds are being more accepted and highlighted. People of color and of any sort of sexual or gender identification are invited to share more than ever. We are all going to get richer because of this and discover more.

Nowadays there is no one practice that you either accept or reject. There are fewer boxes that people try to fit into or stay outside of. There are all kinds of voices, there is no one idea that is dominating. In the 20th century there was an urge to be radical, to shake things up, and go against the grain. Today, the responsibility of artists now is to just be genuine. It has always been that, but if you ask me, that's the most exciting thing that anyone can do now. It is about self-discovery and the discovery of others. Learning and learning to listen. 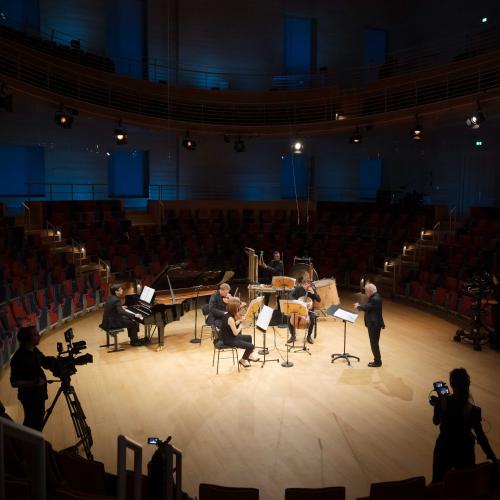 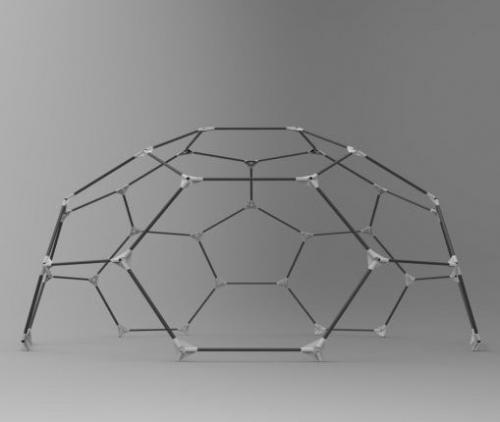