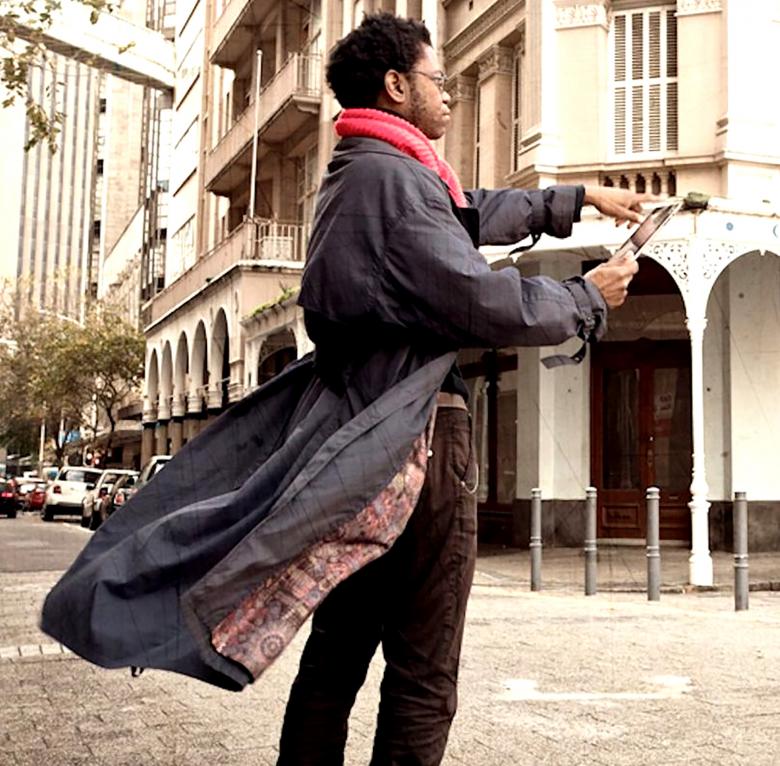 Songs in the Key of Revolution

Born in Soweto, Neo Muyanga is one of South Africa’s most important composers. With his compositions connecting not only different musical genres, but also his very own musical projects and music theory contributions to the music of the Pan-African diaspora he has had an impact on a whole generation. Alongside Nik Bärtsch, he will compose a piece for guerillaclassics’ South Africa Tour, performed by Zurich based Cosmic Percussion Ensemble and musicians from South Africa. guerillaclassics visited Muyanga in Cape Town to discuss his approach to the compositional process, the effect of classical music in the world today and the role of music as a universal language.

As regards the music, do you already have something particular in mind for the collaboration? How should we imagine the compositional process? How do you proceed?

Yes, I do have some musical ideas in mind. One is a reference to a song featuring traditional bowed instruments that comes from a community of the eastern Cape. My idea is to extend the piece so it can be played on marimba.

There will be other references, bringing together three different universes: references to jazz of the Capetonian protest era; the pre-colonial traditional music of the eastern Cape; and a more abstracted, almost minimal approach towards new music. These three strands will make for an interesting conversation between the configuration of the musicians involved.

You are from South Africa, the Cosmic Percussion Ensemble is from Switzerland. Does that change the way you will compose for them?

I think the places people come from and the stories they have heard growing up shape how they perceive what they hear: how they perceive tonality, how they perceive changes in rhythm. It’s based on the languages they speak and the stories they hear in their tradition and in their history. The approach for me is to give people elements to work with that are outside of their comfort zone. A collaboration between musicians from Switzerland and South Africa involves travelling beyond one’s comfort zones, both for the artists coming from Zurich and those from Cape Town, because the point of the collaboration is to extend beyond their reach. It’s about trying to understand, trying to hear in different ways. The central focus is the fact that people are coming from different parts of the world, and I am trying to figure out how they can come into a space in which they can be confident about the stuff they know and be curious and excited about approaching stuff they don’t know.

Could you tell us more about your connection to guerillaclassics and why you support the movement?

When Hiromi told me about guerillaclassics, I was immediately interested in the idea of taking what is considered classical music and putting it in a context that asks about where it comes from and what effect it can have in the context of the reality of the 21st century. I think that these questions are important for the classical world to approach because we all have to be alive to the questions framing our lives today. To become interesting artists, we have to say things that matter now. But I also am convinced that things that have been said in the past, in the era of Beethoven and others before him, actually matter now, in what they tell us about self-making, about national identity and diversity, about travel and migration. All of these questions have been relevant for many, many years, and my interest is in demonstrating how the music of the old Europe can address these questions that we have today. And I like that we can do this with classical music because in my opinion we have the tendency to think that we know the things we have repeated over and over again. To be able to go over known terrain in new ways and with fresh eyes reveals something interesting about us and how we investigate what it means to be a human being in the 21stcentury, and what it means to really learn about the world, the globalized world of the present.

Many people call music a universal language. What do you think about that? Do you think music can build bridges between people of different cultural and social backgrounds and, if yes, how would that happen?

I very much think music builds bridges between people, strangers, sometimes even enemies. Soothing and suspenseful harmonies build a sense of empathy, and they allow us to speak about difficult things. If we were twenty people here in this room having an intense political argument based on different positions, we wouldn’t get a resolution. But if twenty of us are performing individual musical lines, I think we would have a better chance of reaching a consensus. All I am saying is that in music you are able to speak and listen at the same time. Music is an international language — I think that is true. But I am worried about clichés like that being bandied around too freely because I also think that people are so intent on defining their difference from others because they are trying to protect something, usually a social or economic terrain, particularly now. And in that context, music is not obviously an international language, and there are different kinds of music. Music demands patience to learn and to understand how tonality works in different traditions, and to be curious about what one regards as the appropriate form can be complicated since there could be other forms that would be appropriate in a different way. These comparisons are helpful. If one is open to these differences, music absolutely can communicate a message across language barriers.

You are composing music especially for this tour which will take place in Switzerland and South Africa. It will also be performed in places like Soweto Theatre and Park Station in Johannesburg. How does that impact your compositional process?

I know some of these venues and how problematic they may be in terms of reverb-time and noise. Some are more suit for performances like the venues of the artist hub youngblood Africa. The complicated part is that my composition has to work in different, even conflicting kinds of environments. I have to consider what is technically possible with instruments that are very different in terms of dynamic range — some are very loud, others are not. And I will have to think what the audience in these places is likely to expect, and how they are likely to receive the material, since the conversation has to be with the audience as well. I need to give them something that makes sense within the context of the venue but I also want to encourage them to open themselves up to something that doesn’t make natural sense in that context; to kindle a sense of curiosity so they want to hear the rest of the piece and give it enough time to unfold. Hopefully, there will be conversations in the public sphere at the end of the collaboration that will encourage people to think about what they felt and what they heard, and how what they heard informed their thinking on that day, on that occasion. It’s about creating alternative spaces, for thinking and feeling, the mind and the heart. That kind of thing is what I am really interested in.

One benefit for the musicians could be learning about musical formats they are not yet familiar with. That is always an advantage for musician. I think it makes one a more versatile artist, but also a more versatile person. I’m reluctant to say why it would be more viable or positive to do this in South Africa as opposed to somewhere else because I think the project fosters positive engagement wherever you end up doing it. We are all here to have conversations and find out about more ways to create conversations in the future. I hope the musicians will enter into conversations with each other, both musically and personally, to go and learn new things. Hopefully that will enrich the way they see themselves as musicians and as people in the world today. 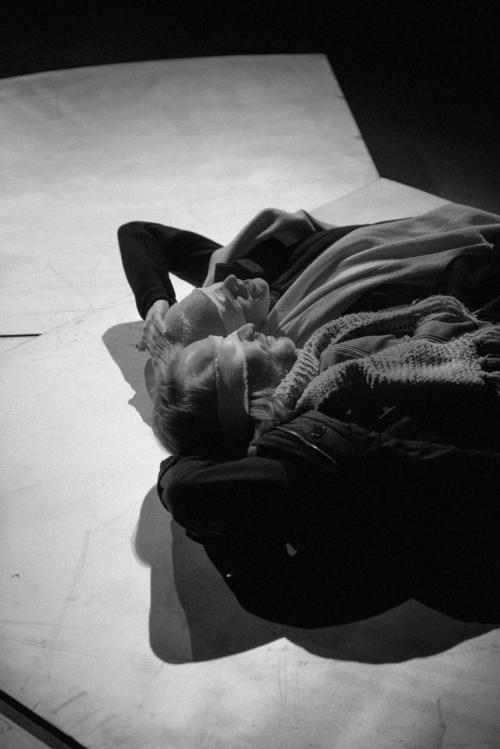 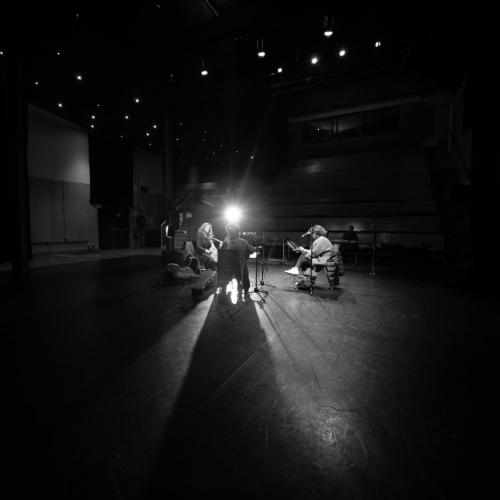 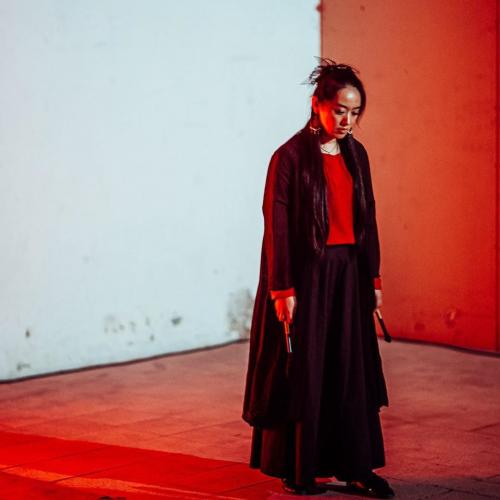